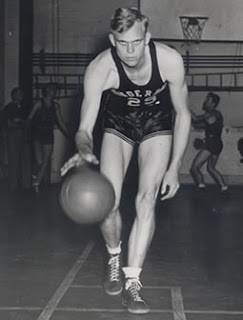 Born to Felix and Mary Ray, Felix played basketball first at Lipscomb and later at Vanderbilt. He went into the Army Air Corps as a pilot after the 1942-43 season. After the war, he played basketball with the Nashville Vols for two seasons. He moveed to Columbia, Tennessee to go into business, and in 1968 would move to the suburban Detroit area where he ran a motel and restaurant.

Posted by Peach Basket Society at 6:42 AM