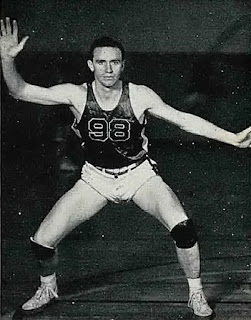 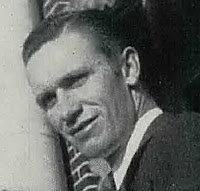 Ward played football, baseball and basketball at Millsaps College in Jackson, Mississippi. He served in the U.S. Navy during World War 2. After the war, he would play pro basketball with the Jackson Senators as well as a myriad of other semi-pro teams. He also played semi-prob baseball and would be inducted into the Mississippi Semi-Pro Baseball Hall of Fame. He would work at Western Union for many years as well as Aetna and Zurich American.

He married Erlyne Snyder (1918-1980) and they had one son and one daughter. Widowed, he remarried to Reba Butler Comer.

Posted by Peach Basket Society at 9:54 AM