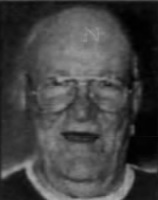 Majikes, a Wilkes-Barre native, was an athlete who played minor league baseball as well as putting in some time on the hardwood with the ABL's Wilkes-Barre Barons. Fresh out of high school, he signed with the Philadelphia Athletics of baseball's American League. The 18-year old righthanded pitcher was assigned to Federalsburg in the Eastern Shore League, a Class-D farm minor league. After compiling a record of 3-7 in 15 appearances in 1948, he was let go by the Athletics and caught on with the independent Nazareth club in the North Atlantic League. He got hit pretty hard on a regular basis, losing all 12 of his decisions with a 7.46 ERA before being released. He returned to Wilkes-Barre where he played some semi-pro baseball. He signed on with the Barons and started the 1951-52 season there, but was released 5 games into the season. He served in the U.S. Army during the Korean War and would later become a policeman in Wilkes-Barre, dying there in 2007.

Stats:
Posted by Peach Basket Society at 10:05 AM