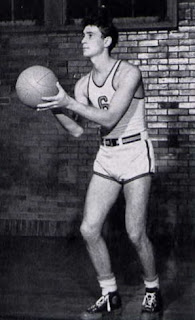 Payak signed with the Warriors in April of 1949, not long after finishing up at BGSU. On December 28, 1949, the Warriors sold Payak to the Waterloo Hawks for the waiver price. He played with the Hawks the rest of the season and stayed with them when the team left the NBA and helped form the NPBL. After a season with the Toledo Mercuries, he returned to the NBA with the Milwaukee Hawks in 1952.

Later became a basketball official in his home state of Ohio.

Posted by Peach Basket Society at 10:58 AM