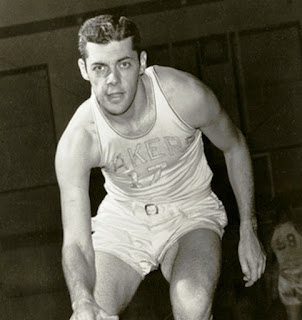 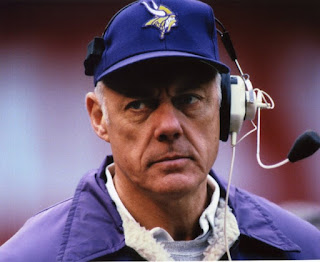 Overcoming polio as a kid, Grant became a three-sport star in high school. He entered the U.S. Navy after graduating from Central HS, but with World War 2 ending weeks after his enlistment, he was able to use his college acceptance to get discharged. He attended the University of Minnesota, playing on the baseball, basketball and football teams. He graduated in 1949 and was drafted by the Lakers as well as the NFL's Philadelphia Eagles. He chose to play basketball, for the Lakers were close to home. After two seasons with the Lakers, he decided to pursue football, and signed with the Eagles. After two years with the Eagles, he moved north of the border, signing with Winnipeg in the CFL. He played four season with Winnipeg and in 1957 was named the team's head coach. He then coached Blue Bombers for ten seasons and won four Grey Cups. This lead to the head coaching offer from the Minnesota Vikings in 1967 where he stayed for 17 seasons before retiring after the 1983 season. He came out of retirement in 1985 to lead the Vikings one last time. He lead the Vikings to the playoffs 12 times in 18 seasons, winning 158 games with a .622 winning percentage. The Vikings won one NFL Championship under Grant, but lost four Super Bowls. He was elected to the Pro Football Hall of Fame in 1994.


Stats:
http://www.basketball-reference.com/players/g/grantbu01.html
http://www.justsportsstats.com/basketballstatsindex.php?player_id=grantbu01
Posted by Peach Basket Society at 6:41 AM