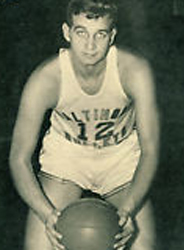 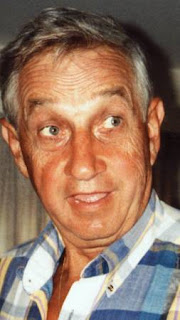 Born in Kearney, New Jersey, to Russian immigrants Walter and Dora Budko, Walt grew up in Brooklyn and after high school went to Columbia. He played on the varsity team as a freshman, but he enlisted in the U.S. Navy after his first year, serving in the Pacific as an electronics technician. After the war, he returned to Columbia and became the first Columbia player to score 1000 career points. He signed with Baltimore after college, and stayed there for three seasons, with part of his third season as head coach as well as player following the dismissal of Buddy Jeannette. After a season with the Warriors, he returned to Baltimore where he was a successful insurance agent, retiring in 1998.

Walter married Kathleen Sauer (1926-2003) and they had three sons and a daughter. One son, Peter, played basketball at North Carolina.

Stats:
http://www.basketball-reference.com/players/b/budkowa01.html
http://www.justsportsstats.com/basketballstatsindex.php?player_id=budkowa01
Posted by Peach Basket Society at 5:07 AM