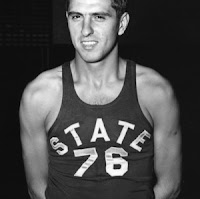 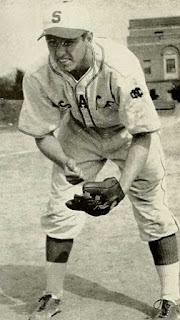 Katkaveck attended NC State before entering the U.S. Navy. He played for RPI while in the service, and after the war he returned to NC State. After two pro seasons with the Capitols, he left to play minor league baseball in North Carolina (mainly D-Level) while working in the textile industry. His baseball career ended in 1951, he stayed working in textile until his 1992 retirement.

Stats:
http://www.basketball-reference.com/players/k/katkale01.html
http://www.justsportsstats.com/basketballstatsindex.php?player_id=katkale01
Posted by Peach Basket Society at 7:40 AM