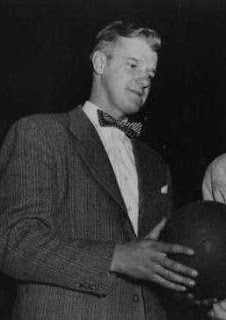 Born in Milwaukee to Martin and Jesse Holcomb, Doug attended Lincoln High School and after serving in the U.S. Navy he returned to graduate from the University of Wisconsin. (While stationed on the east coast, he was able to play in the ABL, which because of his military service did not interfere with his collegiate eligibility. He settled in Scranton, Pennsylvania, playing a few seasons with the Miners of the ABL. During this time, he also played with the Baltimore club in the BAA, as well as a few stints in the Eastern League. He took the head coaching job at the University of Scranton where he also earned his master's degree. He worked for many years in the Scranton broadcasting community, as well as spending time working with the Boy Scouts of America and Goodwill Industries. 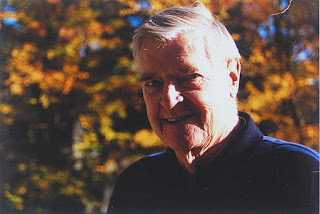 Holcomb died in 2008 just a week short of his 87th birthday.

Stats:
http://www.basketball-reference.com/players/h/holcodo01.html
http://www.justsportsstats.com/basketballstatsindex.php?player_id=holcodo01
Posted by Peach Basket Society at 10:09 AM