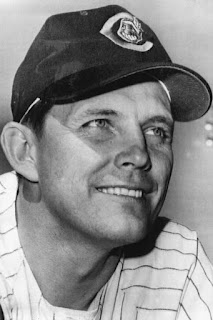 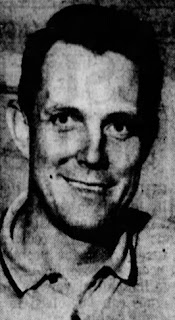 Born to Fred and Ethie McGaha, "Mel" enlisted in the U.S. Army Air Corps near the end of World War 2. He was a three-sport star at Arkansas, playing basketball, football and baseball. Although his pro basketball career was brief, he played minor league baseball for 11 years, primarily in the Cardinals' organization. He was injured in a team bus accident in 1948 when as a member of the Duluth baseball team. The team bus was hit head-on by a truck and four of Mel's teammates and his manager were killed. After his playing days, he turned to managing, and was a major league manager for the Indians and the Athletics. After many years as a manager, primarily in the minor leagues, he quit and became a director of the Parks and Recreation departments in Shreveport and Bossier (Louisiana).He died following a stroke in 2002.

He married Christine Lonsford in 1945 and they had two children. He later remarried to Linda Jo.

Stats:
http://www.basketball-reference.com/players/m/mcgahme01.html
http://www.justsportsstats.com/basketballstatsindex.php?player_id=mcgahme01
Posted by Peach Basket Society at 11:45 AM