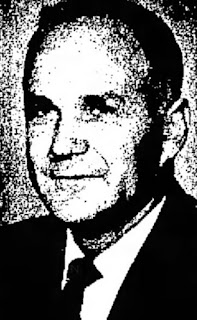 Born to Walter and Alice Elleston in Texas,
Eggleston pilot B17's during World War 2, being involved in bombing raids over Iwo Jima. On his 30th mission, his plane took heavy damage. Heading toward the ocean, his crew jettisoned whatever they could to lighten the plane. Eggleston was eventually able to pilot the lightened plane back to the Marianas Islands. His brother, Troy, was killed in Germany in 1944.
He played basketball for a few years after the war. He returned to the military, and stayed there 22 years before retiring.