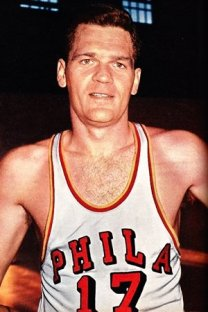 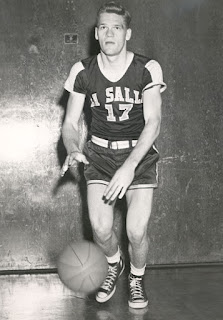 Born to John and Jewel George, George played football, basketball and baseball as a youth, earning a scholarship offer to play football at Notre Dame. He decided to so to LaSalle where he played baseball and basketball. He played at La Salle for two years before joining the U.S. Army. After being discharged, he decided to forego his remaining years of collegiate elgibility and play basketball professionally.

George would play over five seasons with the Philadelphia Warriors, twice being named to the All-Star Game. A dependable ball handler, George average 10.7 points per game with Warriors before being traded to the New York Knicks on January 27, 1959, for Guy Sparrow. He played for the Knicks before retiring after the 1960-61 season.

In 1954, he played catcher for the Philadelphia Athletic's Class-B farm team in Lancaster in the Piedmont League.

After leaving the NBA, George moved to Illinois to work as a sales consultant. He would retire in 1986 and move from Winfield, Illinois, to Florida, where he died a few years later at the age of 60.

Posted by Peach Basket Society at 9:15 AM