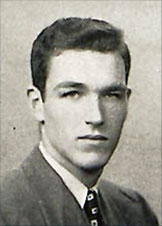 Fritsche was a basketball star out of Humboldt HS, and played four years at Hamline College. He was drafted in the first round by the Minneapolis Lakers, but only play in two games before sold to the Baltimore Bullets on November 11, 1953. The Bullets would trade him to Fort Wayne for Ken Murray on the eve of the 1954-55 season. He would play 16 games with the Pistons before being let go. He left basketball and got his Master's degree from Mankato State. He was a teacher and coach for many years at Central High School before retiring.

Jim married Pat in 1953 and they had a son and a daughter.

Posted by Peach Basket Society at 4:20 AM