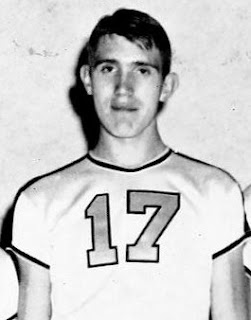 The 6'11 Neal was a legend at small Wofford College, averaging 32.6 points per game as a senior. He left Wofford having scored over 2000 points (including a school-record 57 in one game) and 1500 rebounds. Neal was drafted by the Syracuse Nationals and played one season with the Nats before playing with the Baltimore Bullets in 1954. When the Bullets folded, Neal's NBA career came to an end. He worked for American Enka Textile as a construction manager and later worked at BASF as an engineer prior to retiring.

Neal married Maxine Clyde and they had one son, Jim (d. 2012), and one daughter, Susan (1955-2012). Following Maxine's death, he married Suella Clyde Van Doren who remained his wife until Jim's death.

Posted by Peach Basket Society at 8:28 AM