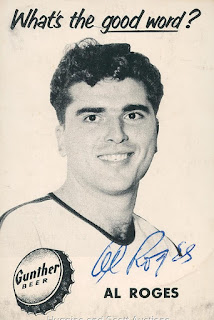 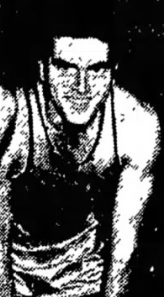 Roges was born in Ohio but the family moved to Los Angeles with Roges was young. After attending Los Angeles City College, Roges was recruited by Long Island basketball coach Clair Bee to transfer in 1950. However, continuing personal problems between Bee and Roges lead Roges to quit the team in late December of 1950. They managed to settle their differences and Roges returned to the team a week later.
Roges would serve in the U.S. Navy during the Korean War before being signed by the Baltimore Bullets in 1953. He was with the Bullets until the team folded shortly into the 1954-55 season. He finished the season with the Fort Wayne Pistons. After he left basketball, we would work for over 30 years for Bank of America.

Al married Nancy in 1954 and they had two sons.

Posted by Peach Basket Society at 6:17 AM