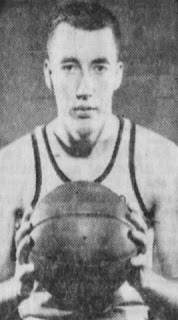 After starring at St. Bonaventure, Kenville was drafted by the Syracuse Nationals. He played three seasons with Syracuse, helping them to the NBA crown in 1955. 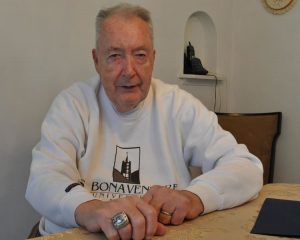 Kenville was sold by the Nats to the Pistons in October of 1956,  would play two seasons for the Pistons before retiring in 1958. His retirement was short lived, and he signed with the Rochester Colonels in the Eastern League in 1958. After a good season the the Colonels, he found himself back in the NBA with the Pistons in 1959. A leg injury that season sidelined him for a bit and after the season he would be done playing in the NBA. He would go on to coach basketball in Binghamton, New York, where he died in 2018.

Posted by Peach Basket Society at 4:33 AM