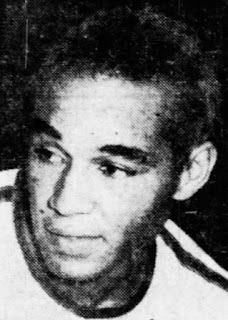 
"Rollie from Poly" graduated from high school and then went to Los Angeles Community College where he would star on the basketball court for a couple seasons, also playing AAU basketball with a team sponsored by the "Fibber McGee and Molly" show. He served in the U.S. Navy during the Korean War, playing on the powerful Los Alamitos team. He supposedly went to Long Island University, but I cannot find much evidence of him actually playing on the team, and the timeline between his naval service in California and his professional career with the Baltimore Bullets doesn't leave a window where he would have played at LIU. He DOES appear on the LIU All-Time roster, but they do not list his years on the team. I think what happened is he was to transfer to LIU after the 1950-51 school year but wound up going into the Navy instead. I could use some clarity here.

He played two seasons with the hapless Bullets, and when the team folded in the 1954-55, so ended his NBA career.

Rollen married Cathryn Dixon in 1968 and they had six children.

Posted by Peach Basket Society at 5:22 AM