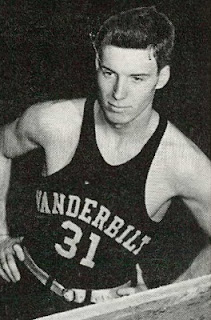 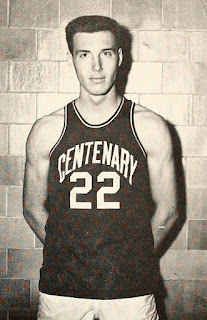 Born in in Marion, Indiana, to Harry and Thelma Rea, Connie grew up in Muncie and starred on the Central HS basketball team. Rea went to Vanderbilt and played basketball and baseball. He would transfer to Centenary College in Louisiana in 1951, leading the team in scoring in his senior year. He was drafted by the Baltimore Bullets in the 1953 NBA draft. He joined the team in January of 1954 and would appear in 20 games with the Bullets. After a year with the Washington Generals and touring with the Harlem Globetrotters, Rea was signed by the Fort Wayne Pistons in 1955 but was cut from the squad before the 1955-56 season began. He attended Louisiana State University, pursuing a Masters and Doctorate in English, but finished his Masters at the University of Colorado in 1958. He became an associate professor at California State College in Pennsylvania in 1963 where he also was an assistant coach for the basketball team.

Posted by Peach Basket Society at 5:04 AM