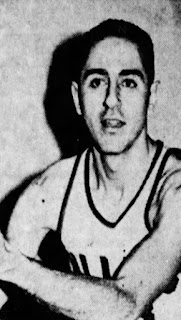 The infamy of Jack Molinas fades as time marches on, but he is an interesting figure in basketball, largely for notorious reasons, on a road that lead to a violent end.

Born in New York City, Molinas was a extremely talented athlete as well as an intelligent student. He was offered a basketball scholarship from Columbia and intended to become a dentist. In his sophomore year, he was among the leaders of the Ivy League in both scoring and rebounds, and everything seemed bright. However, late in the 1950-51 academic year, Molinas threw a glass of water out of the seventh floor of his dormitory. It would have been a harmless prank except that it landed on Mark Van Doren, a professor at Columbia who was on his way to being a notable figure in the counterculture as a writer in the Beat Generation along with Allen Ginsberg and Jack Kerouac. Molinas was suspended from Columbia for six months, and he returned to Columbia after working at various resorts in Florida. However, his attitude was totally different.

As a freshman, Molinas had been approached by a gambler named Joe Hacken and offered money to shave points in a game. He sharply declined the offer, noting that it wasn't worth the risk and he was not hurting for cash. But when he returned from his suspension, he was more amenable to such persuasion. Point shaving was reaching its zenith at this point in time, and the scandal which shook the foundation of the game was exposed shortly thereafter. In Molinas case, Hacken approached him again, offering him $5000 to make sure Columbia didn't cover the spread in a game against Holy Cross. Molinas told Hacken to bet the money for him instead of giving it to him. That way, Molinas figured, he would have $10,000 riding on the game. Molinas scored 39 points that night and had 22 rebounds, but Columbia lost to Holy Cross in overtime. Hacken originally thought, due to Molinas' performance, that he had reneged. But Molinas told him he got the result he wanted, and Hacken gave him his money. By the end of the season, Molinas had gotten over $100,000 from Hacken for throwing a more games. Now fully enveloped in gambling, he would lose that money over the summer betting on baseball games.


"I was really into gambling. I didn't care about the money. I never did. Gambling was action. Winning was glory. Money was just a way of keeping score. The real fun was moving the numbers around. Even later on, that was the fun, the excitement." 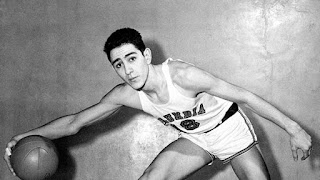 By the time Molinas was a senior, he had become a full-fledged partner with Hacken. He was the captain of the basketball team at Columbia while making large sums of money in the underground world of gambling. He was drafted by the Fort Wayne Pistons, and his salary of $9600 was no where close to the money he was making as a bookmaker. Molinas enjoyed playing for the Pistons, and by his own accord he played every NBA game on the level, never shaving a point or fixing a game. He did bet on games, but claimed he always bet on the Pistons to win when he did. However, he was still a partner in Hacken's enterprise, and word around the New York gambling circles was that Molinas was still involved in fixing the outcomes of games, even at that level. Eventually, that story made its way to the ears of Maurice Podoloff, the commissioner of the NBA. In January of 1954, Molinas was summoned to Podoloff's office to discuss this issue. Molinas told him that he bet small amounts occasionally on the Pistons to win. Podoloff suspended Molinas from the league permanently. What was more disturbing to Podoloff, however, was the statement Molinas made that he knew of other players in the NBA who were NOT on the level, and were betting AGAINST their own clubs, including teammates.

Molinas went to law school, playing in the Eastern League while at school. And after he graduated, he applied for reinstatement but was denied. His suspension had now become a lifetime ban. Podoloff, who had been understanding of the situation was grateful for the information with regards to other players in the league, had told Molinas that if he finished his law studies he could ask for reinstatement, but Podoloff cast the tie-breaking vote amongst the owners, denying Molinas a chance back in the NBA. Molinas would go on to practice law and opened his own practice in 1957, all while running a major gambling enterprise in New York City and continuing to play basketball in the Eastern League.

Molinas was a decent handicapper on honest games, but he knew they could make a lot more cash if the outcomes were more certain. From 1957 to 1961, Molinas had his hand in at least 43 college basketball games, and 33 players admitted taking money to shave points. Molinas was the man with the money and the one who approached most of these players. 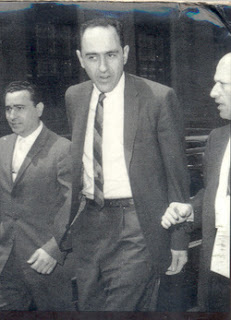 In 1962, Molinas and Hacken had become aware that their phones were tapped, and had been for a while. The theory is that the police were building a case, but not building it too fast because they, too, were making money betting on these rigged games they learned about in various taps. Molinas and Hacken worked out a ruse to get back at their tappers and imply a game was rigged in one direction when it wasn't. Story is that one investigator took that information and proceeded to lose $8000 on the wager. This investigator swore to take Molinas down, and the New York DA put a microphone on Billy Reed, a basketball player at Bowling Green, to record a conversation with Molinas where Molinas advised him to not say anything to investigators about the money Reed had received to fix games. Molinas and Hacken were arrested and Molinas was sentenced to 10 to 15 years in prison.

After a little time in solitary confinement at Sing Sing, Molinas turned back to his gambling ways, becoming a bookie while confined in prison. He actually used a homing pigeon to communicate with a fellow inmate's wife, using the avian communication system to transmit sports information back and forth.

After six months in Sing Sing, he was transferred to Attica where it became known to the corrections officers that Molinas had good financial acumen outside the realm of gambling and bookmaking. He helped many prison officials manage their finances and investments while there, which helped him get his parole in 1968. He would move to Los Angeles in 1970 where he made a very comfortable living in real estate and insurance industry as well as various other endeavors, including the quickly-growing pornography industry.

In November of 1974, Bernard Gusoff, a partner of Molinas in a fur importing business, was found beaten to death in his apartment. There was a report the each man had taken a life insurance policy out on each other for $500,000, and Gusoff was also a partner in Molinas pornography business..

A few months later, on August 3, 1975, Molinas, living the good life in Los Angeles with a stream of money, cars and beautiful women, was entertaining a girlfriend at his luxurious home in Hollywod Hills. They were in the backyard talking when someone came into the back yard and shot Molinas in the back of the head. His friend, Shirley Marcus, was wounded in the neck. It is widely regarded to be a mob hit due to Molinas' involvement in the distribution of pornography and the involvement of the Mafia in that industry.

Posted by Peach Basket Society at 6:52 AM