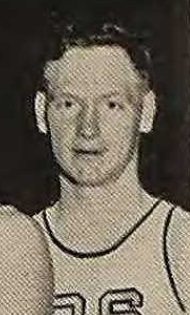 Born to John and Della Baldwin, Oscar was going to Union College in Kentucky when he enlisted in the U.S. Navy to serve during World War 2. He entered the V-12 program at Muhlenberg and after the war he stayed on until graduating. He played pro basketball for the SPHA's and the Washington Generals. He would settle in Allentown, Pennsylvania, working as branch manager for Wilson Meat as well as being a partner at Lenhart Electric. He retired from Wilson and worked for the city of Allentown as a Code Enforcement Officer.

He married Adele Fegley (d. 1993) and they had two daughters.