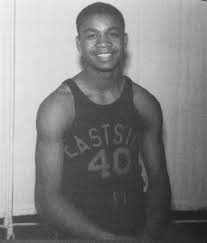 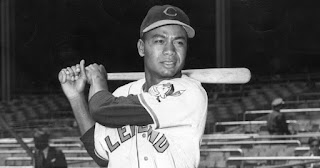 Born in Camden, South Carolina, Doby would move to Paterson with his mother after his father drowned while fishing. He played baseball, basketball and football in high school, and enrolled at LIU after graduating. With World War 2 underway, Doby transferred to Virginia Unio to join up with the ROTC. He would play baseball in the Negro Leagues, and when the Dodgers signed Jackie Robinson in 1946, Doby saw that he had a chance to make a living as a baseball player. He would sign with the Cleveland Indians and began a long career as a slugger that would wind up with induction into the Baseball Hall of Fame. He played 13 seasons in the American League, finishing with 253 career home runs. He would also play pro basketball for a brief stint with the Crescents in the ABL. 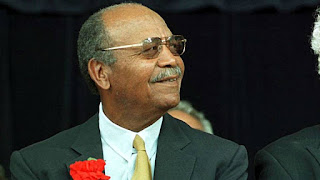 After retiring as a player, Doby would become a hitting coach for the Montreal Expos, and eventually would become the second black manager in the major leagues when he took over the Chicago White Sox in 1978.

Posted by Peach Basket Society at 5:46 AM