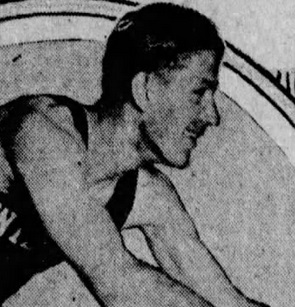 Born in Fort Wayne to Waclaw and Stephania Kowalczyk. Hank graduated from Fort Wayne Central HS and then starred at Wisconsin. He played a few seasons professionally, mainly in his hometown Fort Wayne.

Posted by Peach Basket Society at 8:12 AM