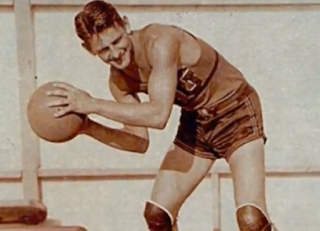 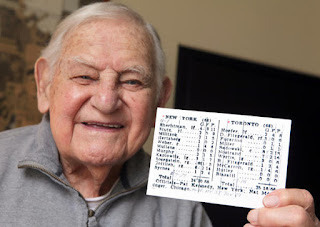 Born to Russian immigrants, Schectman played baseball and basketball at Tilden HS in Brooklyn. He attended LIU, where he helped his team to the NIT title. He then went on to play professionally for many years on Long Island, as well as with the SPHA's in the ABL. He signed with the New York Knicks of the newly-formed BAA in 1946, and was on the court for the league's inaugural game against Toronto. Schectman put the Knicks on the board first with a layup, and that field goal marked the first points scored in the history of what would become the NBA. At a time when the Knicks (like the rest of the league) had a salary cap of $60,000, Schectman signed for $10,000 of it. His time with the Knicks came to an abrupt end when he tripped over Max Zaslofsky and ruptured an intestine. He returned to the court for a few more seasons with Paterson back in the ABL, but then called it quits. He worked in the garment industry before retiring to Florida. Schectman, along with the other surviviors of the Knicks and Huskies, reunited in 1996 at the celebration of the 50th anniversary of the NBA. Schectman died in 2013 at 94 years of age.

He was married to Evelyn and had two sons.

Stats:
http://www.basketball-reference.com/players/s/schecos01.html
http://www.justsportsstats.com/basketballstatsindex.php?player_id=schecos01
Posted by Peach Basket Society at 8:24 AM