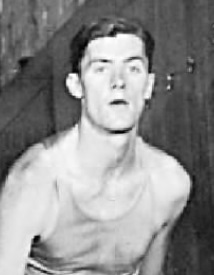 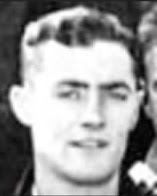 Born to John and Catherine Murphy in Philadelphia, Murphy starred on the court and on the baseball diamond at Simon Gratz HS and entered the U.S. Army after graduating, stationed at Fort Bragg. He played with the Bombers before joining up with the Warriors. He was traded to the Knicks in mid-season.

He married Estelle Polaski and they had one son, John Jr.

Stats:
http://www.basketball-reference.com/players/m/murphjo01.html
http://www.justsportsstats.com/basketballstatsindex.php?player_id=murphjo01
Posted by Peach Basket Society at 9:39 AM