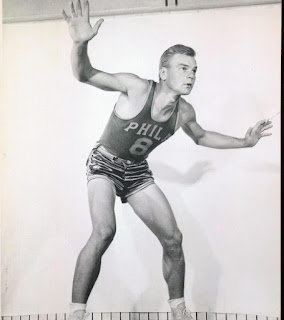 Senesky starred on the court at St. Joseph's/ After serving in the U.S. Army Air Corps during World War 2, he signed with the Philly SPHA's in the ABL before joining with the Warriors where he played for 8 seasons. He retired in 1945, but returned to the Warriors a couple years later as head coach. He lead the Warriors for three seasons.