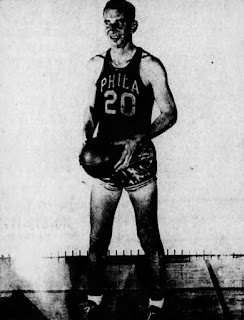 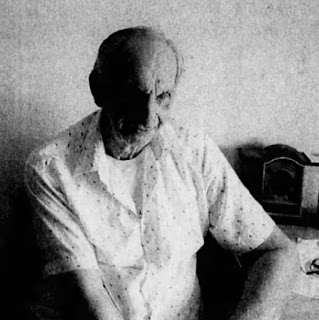 At 7'1, Elmo was on of the tallest players in the pro game and was the first 7-foot player in the NBA/BAA. He worked the railways in the Southwest during World War 2 (being too tall to serve in the military) and he transferred from NMI to Boston College. He left BC to play the game professionally, which he did for seven years

He, like many of other his fellow players, lived their lives in poverty, fighting for a pension from the NBA which never came, or came too late. Morgenthaler was the poster child of the cause, with his plight being described in articles across the country in 1996.

He was married to Helen.

Stats:
http://www.basketball-reference.com/players/m/morgeel01.html
http://www.justsportsstats.com/basketballstatsindex.php?player_id=morgeel01
Posted by Peach Basket Society at 9:48 AM