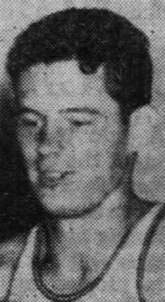 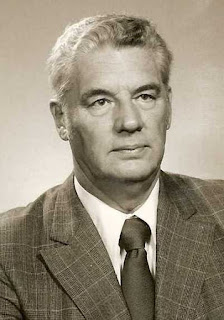 Lee attended DeSales College but the school shut down following the 1942 season. He moved to the University of Detroit where he played basketball, football and baseball. He entered the U.S. Army in 1943, but was declared 4-F because at 6'5 he was an inch too tall. However, the navy took him and he served for three years in the Pacific, working as an underwater demolition swimmer. During his V12 training at Denison, he played for their basketball team. He returned to Detroit in 1946 and was named captain of the team, but left the team in February of 1947 to sign with the Knicks. After playing basketball professionally, he went into private business in Ohio. He died in 2003.

He was married to Marge Hrabovsky.


Stats:
http://www.basketball-reference.com/players/k/knorele01.html
http://www.justsportsstats.com/basketballstatsindex.php?player_id=knorele01
Posted by Peach Basket Society at 4:57 AM