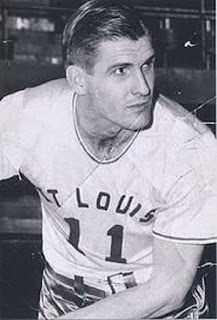 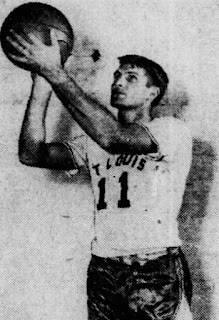 Ariel was born in Utah to Ariel and Gladys Maughan. He played basketball at Utah State, and entered the U.S. Army in 1943. He re-enlisted in 1945, but was discharged in 1946 after the ending of armed conflict. Now living in North Carolina, he signed with the Detroit Falcons and later joined the Steamrollers before being traded to St Louis.

Stats:
http://www.basketball-reference.com/players/m/maughar01.html
http://www.justsportsstats.com/basketballstatsindex.php?player_id=maughar01
Posted by Peach Basket Society at 7:05 AM