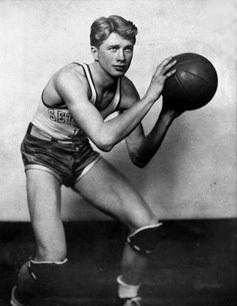 Davies went to Seton Hall on a baseball scholarship, but he turned into quite the basketball player. After starring at Seton Hall, he went into the US Navy for World War 2. After the war, he played professionally for the Rochester Royals for ten seasons, forming half of a Hall of Fame backcourt tandem with Bobby Wanzer. He also put in a season as head coach at his alma mater, Seton Hall. Named the NBL's Most Valuable Player in 1946-47, Davies was elected to the Basketball Hall of Fame in 1970. He worked at the Converse Rubber Company after his basketball days. He died in 1990 after a bout with cancer.

He was married to Mary and had three sons and a daughter.