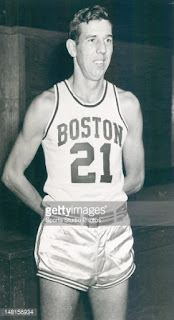 Mahnken played only one season at Georgetown, and was the only freshman in Georgetown history to be named First-Team All-American. He entered the military after that season, and after returing, he entered the professional ranks, playing through the 1952-53 season. He essentially vanished after that. Georgetown tried for years to locate him in order to honor him, but neither the school or his former teammates could find him.

He died in 2000 in relative obscurity in a nursing home in Cambridge. He was 78.