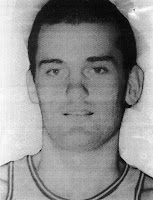 Kinney was an All-American at Rice before embarking on a professional basketball career. He played with the Pistons as they transitioned into the BAA, and was then sold to the Celtics in mid-season of 1948-49. After playing for Anderson, he returned to Fort Wayne where he ran a vending machine business before retiring to North Carolina. He died in 1985.