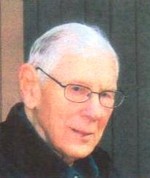 Born in Cambridge to Lester and Nelle Armstrong but raised in Warren, Ohio, Bob went on to star on the court at Glenville State College. He served in the U.S. Army after graduating, working in counter-intelligence. He was stationed in Indiana for a bit, and played for the Kautskys while there. (At this time, the Kautskys were not a member of the NBL, but only functioning as a pro tournament team). Upon his return  to the states, he played one game for Youngstown in the NBL. He went on to Kent State to earn his master's degree. He coached baseball and basketball for various schools while working as the owner of TRW Insurance Company. He died in 2009.

Bob was married to Phyllis Hampson and they had three daughters; Robyn Moronti, Pat Frank, and Leslie Post.

Stats:
http://www.basketball-reference.com/nbl/players/a/armstbo01n.html
http://www.justsportsstats.com/basketballstatsindex.php?player_id=armstbo02
Posted by Peach Basket Society at 5:04 AM