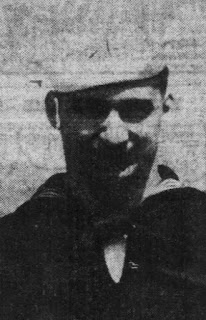 Danyo was a baseball and basketball player from Plainfield, New Jersey. He enlisted in the U.S. Coast Guard just days before the Japanese bombed Pearl Harbor on December 7, 1941. Danyo escaped death while in the Coast Guard in 1942. He suffered from appendicitis while on a ship a ship and due to the choppy water and being out at see, it was three weeks before the water was calm enough to perform surgery. During this time, he suffered from jaundice, infections and frostbite. He survived and continued his service. He played baseball in the Florida State League before and after the war, as well as some pro basketball. He would eventually develop diabetes and in later life, lost a leg to the disease.