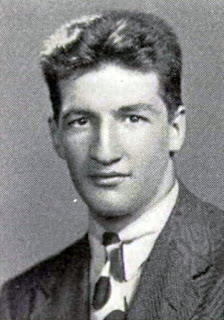 After a year at UNC, Fasulas returned home and played some semi-pro basketball and would eventually play one game for the New York Americans. He entered the U.S. Army in 1944 and served during World War 2. He played a little more basketball after that.

Email ThisBlogThis!Share to TwitterShare to FacebookShare to Pinterest
Labels: 1943-44, New York Americans, over 90