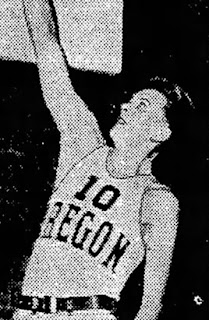 Born in Oregon to Berge and Clara Borrevil.
On May 17, 1941, Borrevik was involved in a serious automobile accident the left him in critical condition with a fractured skull. He missed a year of school, but did play for Signal Oil while out.


Stats:
http://www.basketball-reference.com/nbl/players/b/borrewa01n.html
http://www.justsportsstats.com/basketballstatsindex.php?player_id=borresl01
Posted by Peach Basket Society at 8:10 AM