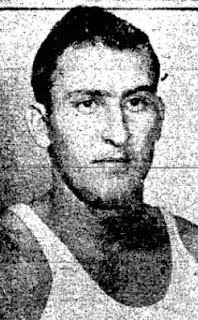 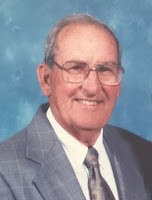 Siegel grew up in Davenport, Iowa, and played basketball at the University of Iowa. He entered the U.S. Coast Guard after college, and served in the European Theater of World War 2, and was responsible for transporting supplies and troops to Omaha Beach in the Normandy Invasion. He was serving on LST327 when it struck a mine on August 27, 1944, killing 22 crewmen.

Discharged in 1946, Vic played pro basketball in the New England League and then with the Blackhawks in the NBL. He later worked at International Harvester East Moline Works, retiring in 1978.

He and his wife, Jane, and one daughter and two sons.

Stats:
http://www.basketball-reference.com/nbl/players/s/siegevi01n.html
http://www.justsportsstats.com/basketballstatsindex.php?player_id=siegevi01
Posted by Peach Basket Society at 9:52 AM