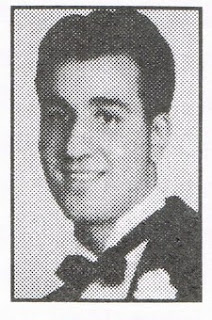 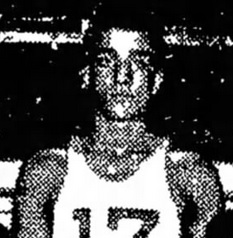 Part of a very athletic family, Joseph's younger brother Michael and his older brother Matthews played football at the University of Michigan. Joseph got a football scholarship to Indiana, but did not finish his education, having to return home following the death of his father. He played pro basketball, pro baseball, was apparently signed by the NFL's Chicago Cardinals  (but never played), and also may have boxed professionally.

Patanelli served in the Marines during World War 2.

Stats:
http://www.basketball-reference.com/nbl/players/p/patanjo01n.html
http://www.justsportsstats.com/basketballstatsindex.php?player_id=patanjo01
Posted by Peach Basket Society at 5:47 AM