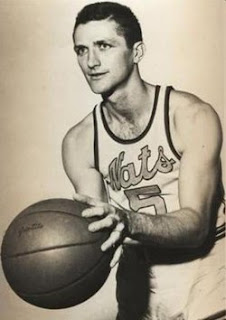 
A product of Toledo, Seymour attended the University of Toledo but left after only playing one season. He was just shy a couple months shy of 19 years of age when he debuted with the NBL's Toledo Jeeps. The tough and scrappy player not afraid of a fight. Seymour had quick stops in New Orleans and Baltimore before signing with the Syracuse Nationals. He played for Syracuse for 12 years, including the last three as a head coach, also. He quit playing, but stayed on as head coach for another season before coaching the Hawks for two seasons. He later coached the Bullets and the Pistons.