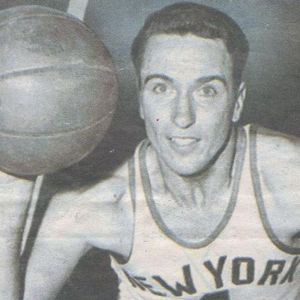 
Out of college, Braun pitched in the New York Yankee farm system for a couple season, but his true mark was with the Knicks. The five-time all-star played 12 seasons with the Knicks, and when he joined the Celtics for the final season of his career, he was at the time the Knicks' all-time leading scorer. His career was interrupted by his service in the Army during the Korean War.

Carl married Joan in 1952 and they had four daughters.

Stats:
http://www.basketball-reference.com/players/b/braunca01.html
http://www.justsportsstats.com/basketballstatsindex.php?player_id=braunca01
Posted by Peach Basket Society at 10:27 AM