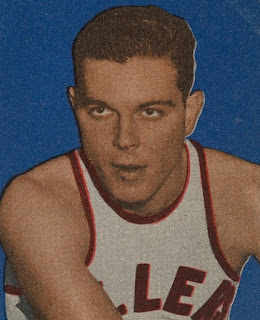 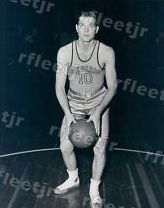 Born in Texas, Robbins grew up in Greeley, Colorado. He attended Colorado University, with his education interrupted by a stint in the U.S. Army during the war. After graduating, he put in two seasons with the Steamrollers.
Robbins later moved to Montana, where he was owner of William H. Rorer Pharmaceuticals, president of Western Lithographs and vice president at Sportsman Supply Inc.

In April of 1968, Robbins went to Logan Airfield in Billings, Montana, for a business meeting. He failed to appear, and his body was found that night by two Eastern Montana University students on a road near the airport. He had been found shot twice in the head. Two months later, a burglary was committed where a watch dog was shot. One of the burglars was arrested receiving stolen goods, and he implicated his partners. One of these partners, Gary Lee Quigg, possessed the 22 caliber handgun that killed the dog. The bullets matched the ones that killed Robbins. Quigg was tried for Robbins murder, and the first trial ended in a hung jury. The second trial got the conviction, and Quigg was sentenced to life in prison. Quigg appealed to the state supreme court in 1970 but the conviction was upheld. Quigg was paroled in 2006.

Robbins and his wife, Janet, had two sons and a daughter.

Posted by Peach Basket Society at 6:32 AM

Email ThisBlogThis!Share to TwitterShare to FacebookShare to Pinterest
Labels: 1947-48, 1948-49, Homicide, Providence Steamrollers, under 50