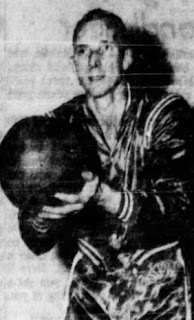 Noel was born in Midway, Kentucky, to Paul and Willa Noel. After being a basketball player at Midway HS, Noel went to UK but had to leave school early to tend to the family farm after his dad became ill. After two seasons with the Royals, Noel returned home to Versailles where he was elected to two terms as mayor, and also owned and operated a drug store. He died of cancer in 2005.

He was married to Laura Blake and they had a son.