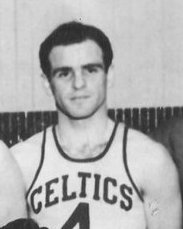 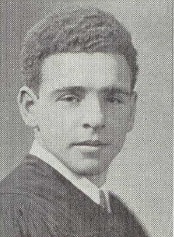 Born to Russian immigrants, Saul (some places say his middle name is George) graduated from Lafayette HS in Brooklyn where he played basketball as well as baseball. He headed off to Syracuse but joined the U.S. Navy after his freshman year. As part of the V-12 program, he studied at Bloomsburg as a cadet. After the war, he went to Harvard where he lead the Harvard team into the tournament. He was drafted by the Washington Capitols but wound up with the Celtics for 43 games.

After the season ended, he got married, changed his name to Marsch, and moved to California to work for his father-in-law's upholstery business. He died while on a skiing trip to Utah in December of 1990.


He was married twice; first to Carol, and later to Vicki. He had two daughters and on stepson.

Note: Obituary says he was born in 1924, but Social Security and Military records say 1923.

Stats:
http://www.basketball-reference.com/players/m/mariasa01.html
http://www.justsportsstats.com/basketballstatsindex.php?player_id=mariasa01
Posted by Peach Basket Society at 6:22 AM