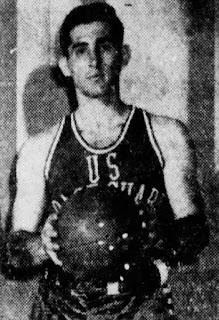 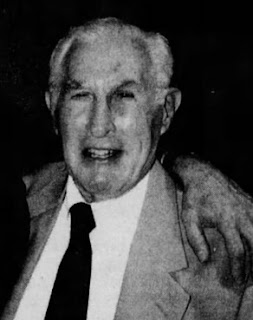 Born to Louis and Ida in Paterson. Nochimson served in the U.S. Coast Guard during World War 2, and after serving, he played in the ABL. He was also a part owner of the Paterson Crescents. He was a childhood friend of baseball Hall of Fame outfielder Larry Doby, a friendship the lastest until Doby's death.

Interesting news story I found about Nochimson. Around 1938, he was working as a gas station attendant when he noticed two of his customers fit the description of a couple of men who had committed hold-ups nearby. He called the police and then stalled while tending to the criminal's car, allowing the police enough time to arrive and arrest them.

Posted by Peach Basket Society at 5:45 AM

Email ThisBlogThis!Share to TwitterShare to FacebookShare to Pinterest
Labels: 1944-45, over 90, Paterson Crescents