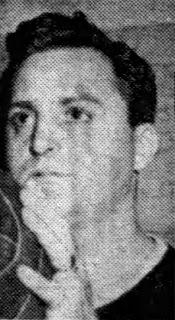 Born in Philly to Robert and Marie Suiter, Suiter played soccer and baseball at Overbrook HS, but it was on the court where he made his impact. After starring at Overbrook, he was offered a scholarship at Villanova but passed and went to play semi-pro around Philadelphia. A popular player, he would wind up with the Wilmington Bombers of the American Basketball League. He worked for many years at Kelsey-Hayes before retiring, and died in 1989 at 69 years of age.

He married Margaret Lauer and had three daughters.

Posted by Peach Basket Society at 6:04 AM