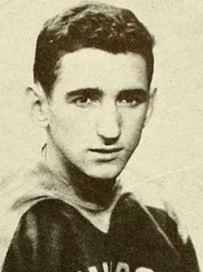 Name is commonly misspelled as "LaVerte."

Leverte was a great athlete in high school, playing basketball and baseball. He turned down a contract to play baseball with the Brooklyn Dodgers to attend West Virginia on a basketball scholarship. After two years at WVU, he transferred to Seton Hall where he was among the teams high scorers. After graduating, he played with Meriden in Connecticut's Eastern League and with the traveling Kokomo Clowns. He signed with the Allentown Aces of the ABL in September of 1950, but joined the U.S. Army instead. After his service, he returned to New England and played with the Pawtucket Slaters in the ABL. He eventually moved into the pharmaceutical industry where he would make a successful carer at Chesebrough-Pond and eventually Bayer, where he would relocate to California. He eventually retired and moved to La Quinta, California, where he lived his remaining years.


Tom married Jean Ann Mitchell in 1962 and they had one son and two daughters.

Stats:
Posted by Peach Basket Society at 5:09 AM