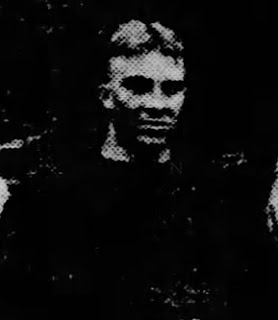 After an impressive run on the courts of South High School and Duquense University, "Mooney" became a member of the famed Pittburgh Morry's, playing for them for six seasons. In March of 1927, he made a brief stint in the ABL, playing a few games for the Cleveland Rosenblums. He would go on to play basketball a few more years before hanging it up.

He later worked as a plumber and has a well-known referee in the Pittsburgh area. He died in 1995 at 96 years of age.

Posted by Peach Basket Society at 9:46 AM

Email ThisBlogThis!Share to TwitterShare to FacebookShare to Pinterest
Labels: 1926-27, Cleveland Rosenblums, over 90