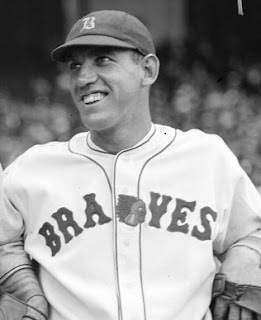 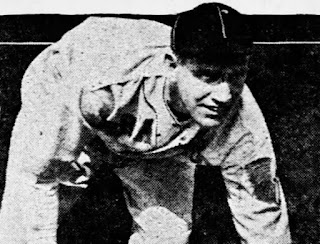 Born to Gottleib and Augusts Knothe, Fritz was a member of the Passaic High School basketball team that won 159 straight games over 10 seasons. He was also a baseball player, and after graduating, he spent some time at Penn before pursuing an athletic career. He signed with Bay City in baseball's Michigan-Ontario League. He also took up professional basketball at this time, playing for Passaic and Kingston before signing with the Baltimore Orioles in the ABL in 1926-27. After another season with the Colonials and also the Rochester Centrals, he left basketball behind to focus on baseball and headed to the Pacific Coast League. After four seasons out west, including two .300 seasons with Seattle in 1930 and 1931, his contract was purchased by the Boston Braves of the National League and he spent the 1932 season in Boston, batting .238 in 89 games as a third baseman. In June of 1933, the Braves traded him to the Phillies, and he spent next few month there before being sent to Albany in the International League. He would not return to the majors, and would be done with professional baseball after 1934. He returned to Passaic and became a police officer. On March 17, 1963, Fritz suffered a massive stroke and he died ten days later.

Posted by Peach Basket Society at 11:08 AM