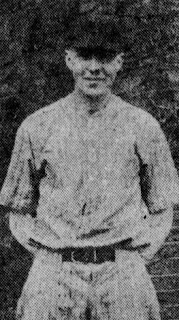 Born to Frederick and Elizabeth Haas in Reading, Pennsylvania, Lefty atteneded Gettysburg College and played professional and semi-pro basketball around the eastern side of the state before joining up with the Akron Firestones. He was also a decent baseball player, pitching in the Mid Atlantic League with an 11-4 record in 1931. His 1935-36 basketball season was cut short due to appendicitis.

Stats:
http://probasketballencyclopedia.com/player/lefty-haas/
Posted by Peach Basket Society at 10:36 AM