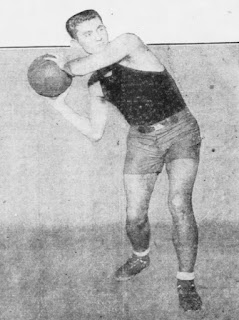 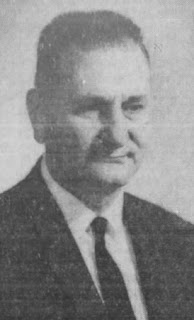 Ganzy played football (quarterback) and basketball at Duquesne, and was also a very good baseball player (Duquesne did not have a baseball team). He went into coaching football and basketball while still playing semi=pro basketball around Pennsylvania. In 1936, he starteing working for the IRS where he stayed until retiring in 1966 as a Director of the Pittsburgh office. In 1995, he suffered a stroke, and eventually succumbred to the pneumonia that developed shortly thereafter.

George married Christine Klimek (1910-1992) and they had a daughter, Lois, and two sons, George and Howard.


Stats:
http://probasketballencyclopedia.com/player/ganzy-benedict/
Posted by Peach Basket Society at 11:43 AM

Email ThisBlogThis!Share to TwitterShare to FacebookShare to Pinterest
Labels: MBC