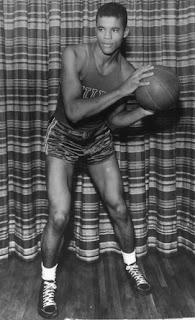 Crowe was a baseball and basketball star out of Franklin, Indiana. He grew up on his parent's farm, and went to college at Indiana Central. After graduation, he joined the U.S. Army. After the service, he went to California, where he played with the Los Angeles Red Devils basketball team (with Jackie Robinson as a teammate.) He played basketball for the Dayton Rens, but is better known nine-year major league baseball career as well as being a star in the Negro Leagues. He was selected to the 1958 All-Star game while with the Cincinnati Reds, and played in the Major Leagues until 1961. After his baseball career, he sold insurance and taught physical education in high school. He eventually moved to the Catskill Mountains in New York, living in an isolated cabin with no electricity, telephone or plumbing. He lived the simple life for 30 years before moving to California to be near his daughter as he aged and his health began to fail. He died in 2011 at 89 years of age.

His brother, Ray, was a prominent high school basketball coach in Indianapolis.

He married Yvonne Moman and they had two daughters. 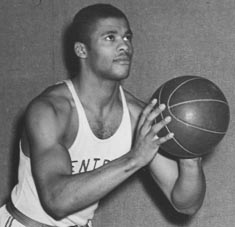 Stats:
http://www.basketball-reference.com/nbl/players/c/crowege01n.html
http://www.justsportsstats.com/basketballstatsindex.php?player_id=crowege01
Posted by Peach Basket Society at 4:36 AM