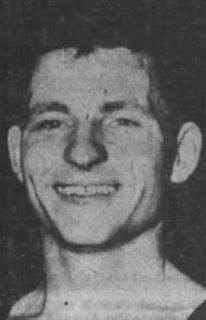 Born to Rudolph and Clara Cook in Harvard, Illinois, Cook entered the U.S. Navy for service during World War 2. After his time in the navy, he attended Wisconsin, playing basketball and baseball.

He later owned and operated a car dealership until retiring in 1996.